On November 15, 2012, I had the opportunity to attend two Campbell Soup events in Chicago. Both events promoted the company’s launch of Go line of soups – the first soup designed for the Millennial generation. Everything about the soup – flavors, packaging, and marketing has been designed to appeal to 18 – 34 year-old consumers. At 10am, the company held a media event for Campbell Soup’s new Go line of soups. Following a short break, the company hosted local celebrities and consumers for the Campbell’s Go Communal Tables program.

Charles “Chuck” Vila, VP Consumer and Customer Insights Department, spoke of how Campbell Soup wanted to design the Go soup to minimize pain points and maximize pleasure points (humor, music, gaming) of Millennials (numbering 65 to 80 million consumers). To figure out what Millennials want, the Campbell team “engaged in immersion with the Millennial generation: We cooked with them, we shopped with them, we played with them.” The consumer insights team went to hipster hubs – Boston, Portland, Oregon; Washington, D.C., London. They also went to the less glamorous Millennial Middle America Markets: Des Moines, Iowa; San Antonio, Texas; Springfield, Illinois, and Little Rock, Arkansas.

They found that Millennials who “grew up with sushi and Mexican”, are “inspired by cuisine from all over the world”, and “want authentic taste, love traditional foods”. This generation also has “an incredible affinity for sharing food, dinner gatherings usually arranged by text”. The Go soup went through 50 iterations. End result: soups with bolder, spicier flavors and a microwaveable pouch instead of a metal can that features close-up photos of Millennials.

Nelson Warley, Senior Brand Manager, Start-Up, spoke about the marketing plan for Go soup. One key element are the Communal Tables which were held in New York City on November 13 and then in Chicago. The Communal Tables are “a way to connect with consumers and passion points” with key influencers coming in to talk. The core target are 25-26 year-olds who are “getting into workplace, highly social, craving adventurous tastes” Campbell Soup wants to provide “bold adventurous tastes that they seek when they are outside the store” – i.e., compete against take-out and fast casual restaurants.

I attended the 12pm Corri McFadden (@CorriMcFadden) lunch. My group included a student who came in from Milwaukee, Wisconsin; fashion bloggers, and two entrepreneurs involved in social media. We talked about a wide variety of topics – entrepreneurship, value of hard work, fashion, reality TV (Corri is the star of VH1’s “House of Consignment”), and ramen noodles.

You can read even more about the inspiration behind the Go soup at http://www.huffingtonpost.com/2012/09/07/campbell-soup-reinvents_n_1864170.html 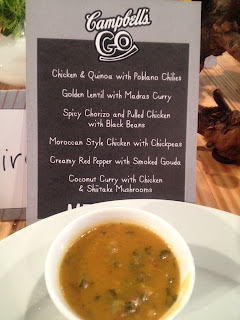 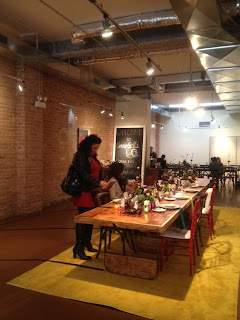 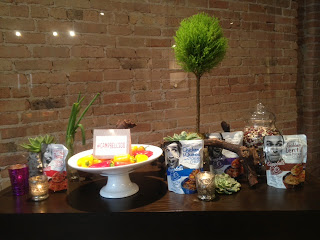 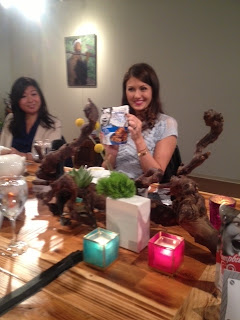 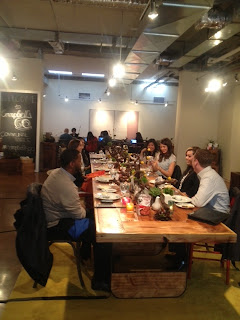 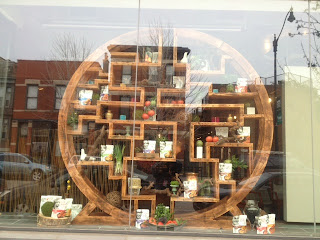 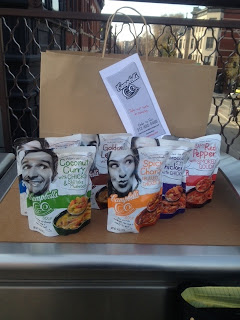 Posted by Virginia Lee at 12:28 PM No comments: