I was pleased to attend the International Home + Housewares Show held by the International Housewares Association from March 18 - 21 at Chicago’s McCormick Place. The trade show hosted over 2,200 exhibitors from 47 countries representing numerous product categories including beverage makers, food prep & utensils, kitchen electrics, and tabletop & serveware. In this article, I will highlight two trends that I saw at the show – DIY fermentation and cold brew coffee in under an hour.


Fermented foods and beverages are being embraced by Americans for their flavors and health benefits. Kimchi, pickles, sauerkraut, and kombucha are rich in probiotics (beneficial live bacteria) and aid digestive and immune health. To reduce the intimidation factor of making fermented foods at home, companies have created fermentation crocks and other devices for the DIY (do it yourself) consumer. Montreal, Canada company Mortier Pilon introduced DIY at-home fermentation kits in fermentation, kimchi, kombucha, and sauerkraut varieties that are likely to appeal to adventurous cooks. Each kit contains a contemporary looking fermentation crock/jar with a glass interior and white plastic exterior and a recipe booklet. The company says that their crocks are a third of the weight and price of traditional crocks. Another company emphasizing cost savings is Kraut Source that says that buying fermented foods at the store can cost $8 for an organic 16 oz jar while the organic ingredients to produce 32 oz of sauerkraut cost under $3. Kraut Source is a stainless steel device that fits on wide-mouth mason jars to facilitate the preparation of fermented foods in small batches. The small size of the Kraut Source devices takes up less storage space and costs less than traditional stoneware fermentation crocks. England’s The Rayware Group introduced the Kilner Fermentation Set that is based on Kilner’s heritage of producing glass jars since 1842. 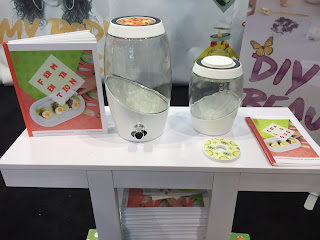 
Cold brew coffee continues to grow in popularity in foodservice and retail channels as it offers a smoother, less acidic and bitter taste than hot-brewed coffee.  Buying pre-made cold brew coffee at the coffee shop or supermarket allows consumers to skip the time-consuming step of immersing coffee grounds in cold water for 12 to 24 hours. But two exhibitors showcased cold brew coffee makers that reduce the brewing time to under an hour. Cuisinart says that its new Automatic Cold Brew Coffeemaker can make cold brew coffee in about 25 – 45 minutes. The machine makes 7 cups of cold brew coffee into a glass carafe and uses a stainless steel filter lid that can store brewed coffee in the refrigerator. Storebound showed a prototype of its Dash Rapid Cold Brew System with a brewing time of about 10 minutes. The company says that the machine uses ColdBoil technology, with water moving back and forth from the brewing chamber to the pitcher. The machine makes concentrated cold brew for 4 – 8 servings and has an adjustable dial to adjust the strength of the brew. Press releases from the two companies indicated that the Cuisinart machine is scheduled for July 2017 availability while the Dash machine is available for pre-sale on Indiegogo.com. 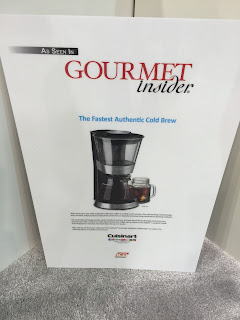 Posted by Virginia Lee at 7:46 AM No comments: 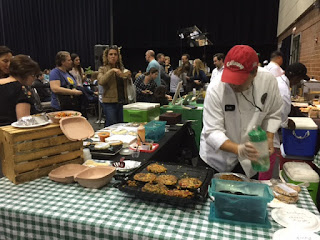 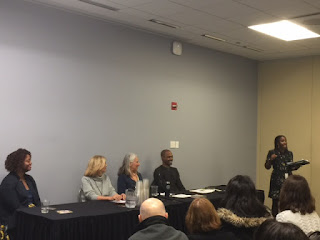 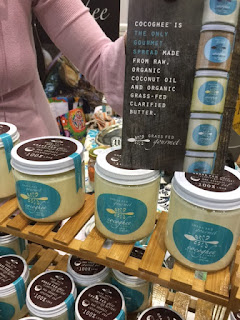 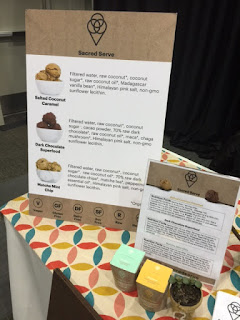 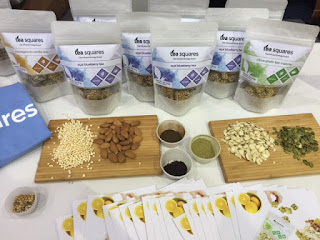 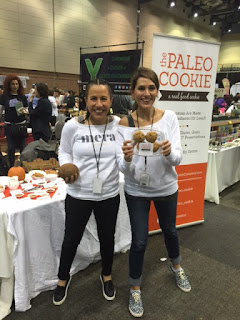 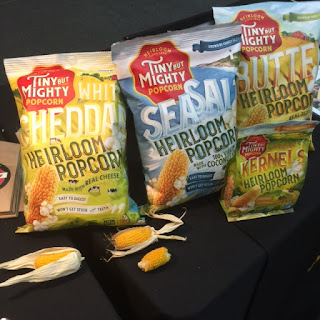